The Domino Effect of Electric Vehicles

Electric vehicles have been around for many years with the first full production electric car released by General Motors back in 1996. GM invested over $1 Billion in its’ electric vehicle platform in efforts to meet the requirements of California’s Zero-Emission Vehicle (ZEV) Mandate. They named the vehicle EV1 and were only made available at Saturn Dealerships in Arizona, California, and Georgia. GM produced 1,117 EV1s over six years – and only about 800 were leased to consumers with no options to purchase these vehicles.

During the years 1997 through 2000, several auto manufacturers took a stab at the all-electric vehicle market. Chevy came out with the S-10 EV, Ford had the Ranger Pickup EV, Honda had the EV Plus, Nissan had the Altra EV and Toyota had the RAV4 EV. All these were discontinued by the early 2000s with no real success to continue the EV programs.

It wasn’t until 2008 that the next generation of the electric car came to market here in the United States when Tesla introduced its first car to the public, the Roadster. Shortly after, in 2010, GM released the Chevrolet Volt, followed by the Nissan Leaf. Manufacturers paid more attention this time to the longevity and sustainability of electrics cars for a variety of reasons. The motivators for the EVs’ long-term success included (but are not limited to) no pollution, less moving parts, decreased noise pollution, and renewable energy.

Today, consumers have several choices as far as electric vehicle go; the driving range has been increased and pricing combined with rebates and tax credits make EVs more attractive than ever. People, in general, are more conscientious of our environment and health standards. This, of course, has contributed to the rise in electric vehicle demand.

Who Cares that EV Sales are Increasing?

Earlier this year, Ohio Governor Mike DeWine signed the State’s Transportation Budget into law that increased excise gas tax by 10.5 cents – moving Ohio to the 5th highest gasoline taxed state as of 2020 and levied vehicle registration fees on electric vehicles an additional $200 per year and hybrids $100 a year.

Many are asking why states are taking these swift measures and potentially discouraging citizens from purchasing environmentally friendly vehicles?

The answer is, it’s purely financial.

An article by Jim Gorzelany (June 20, 2019) does not include Ohio’s recently passed legislation from April of 2019 but does detail the states that already have fees associated with EVs and Hybrids. The illustration above shows how quickly states are moving to address an issue they recognize more than climate change and air pollution. That issue is dwindling gas taxes across the board, with states like Ohio experiencing extremely large increases in the gas tax, some more than 27%.

The EV Domino Effect is in Motion

Following the money is always a good way to understand how and why many decisions are made. Let’s look at a future state where all cars, buses, and trucks are 100% sustainable – i.e. are electric and recharge from renewable energy sources such as solar and wind. The question is, where does that leave oil and gas companies who currently make tens of billions of dollars quarterly from the gas tax? Where does that also leave states that fund numerous roadway projects and repairs from gas taxes?

It is easy to understand that states need to continue to collect money in order to fund our roadways and bridges across the U.S. and indeed, both electric vehicles and renewable energy solutions are overall positives, but their development and growth throw a major curveball into the system currently in place here in the U.S., which has functioned primarily on capturing tax revenue from non-sustainable sources of transportation.

The Top 10 American Oil and Gas companies are all valued in billions of dollars. The two largest, Exxon Mobil at $325 Billion, and Chevron at $238 Billion, generate hundreds of millions of dollars in tax revenue yearly. Since green purchases have been exempt from contributing to the state taxes, one can understand why these companies are worried about the growing popularity in clean and more efficient energy sources – less tax gets collected.

So what’s the answer? State and Federal legislators need to develop a new model to collect appropriate funds to keep our transportation backbone intact and safe. It will be their duty to decide what will constitute their revenue engine; such as flat registration fees toll road fees, excise taxes or some new metric – i.e. yearly mileage driven on a vehicle.

EVs are Finding a Home

Currently, there are four countries that reward consumers for purchasing electric vehicles. These countries include Austria, China, France, and Norway. On days pollution is considered very high, Austria will lower the speed limit for all non-electric cars in order to reduce toxic emissions and clean up the air. A $10,000 average subside is also offered to electric car buyers as well as exemption from vehicle purchase tax.

France offers its’ consumers $6000 towards buying a new electric car or $4000 to trade in a diesel car for an electric vehicle.

Finally, if you own an electric car in Norway, you won’t need to pay road tax, import tax, purchase tax or tolls. Parking is also free and EV owners get to ride ferries for half the price.

Meanwhile, back in the U.S., many state incentives and tax credits on EV purchases are evaporating. On top of that, States are instituting additional yearly fees for EVs and Hybrids.

All in all, if consumers pay close attention to what they are currently contributing to road repair and upkeep there shouldn’t be much discord. Electric vehicles; manned and unmanned, will significantly reduce air and noise pollution while eliminating the need to carry large amounts of flammable liquids on our roadways. The U.S. will need to start rethinking its’ current roadway and gas tax collection model. EVs are not adding pollutants to our air or contributing to the environmental catastrophes caused by oil production and thus lost gas should not be rolled onto EV owners. The adjustments that need to be made by the growing presence of electric vehicles and sustainable energy sources is one that should be welcomed.

Some are too quick to forget the massive damage oil spills from tankers and pipelines cause to our environment, water supply, animal and plant life – and air pollution from gasoline and diesel vehicles will continue to harm us and our environment unless solutions like electric vehicles and renewable energy sources are encouraged and enforced. At the end of the day, it’s up to the consumer to decide what the future will be. Our purchasing decisions dictate that future – every time we buy or lease, we decide. 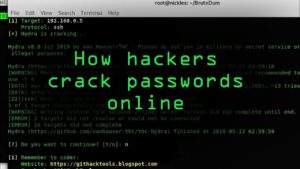 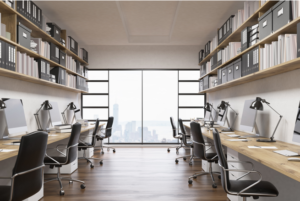 The True Cost of IT Downtime. 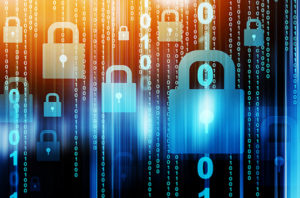